Pump selection is one of main steps to be taken in completing a process design. To accomplish the task, it is vital to be familiar with specific terms and definition. Here in this article, the purpose is to explain few of main expressions used in defining centrifugal pumps. For further explanations or question, contact our team of experts here.

Pump curve: This curve, often called the “H-Q” curve, is a downward sloping plot showing the actual well-defined relationship between flow rate and total foot head for a typical, characteristic pump made under carefully controlled conditions. The curve is established by the pump manufacturer. It starts with the shutoff head where all the pump’s energy is invested in elevation with zero flow and ends when all the energy is invested into maximum flow with zero head. This relationship is unaffected by liquid temperature and liquid density. The “H” refers to total head and the “Q” is the flow in gpm. The pump curve permits the use of the system curve as a method of pump selection. 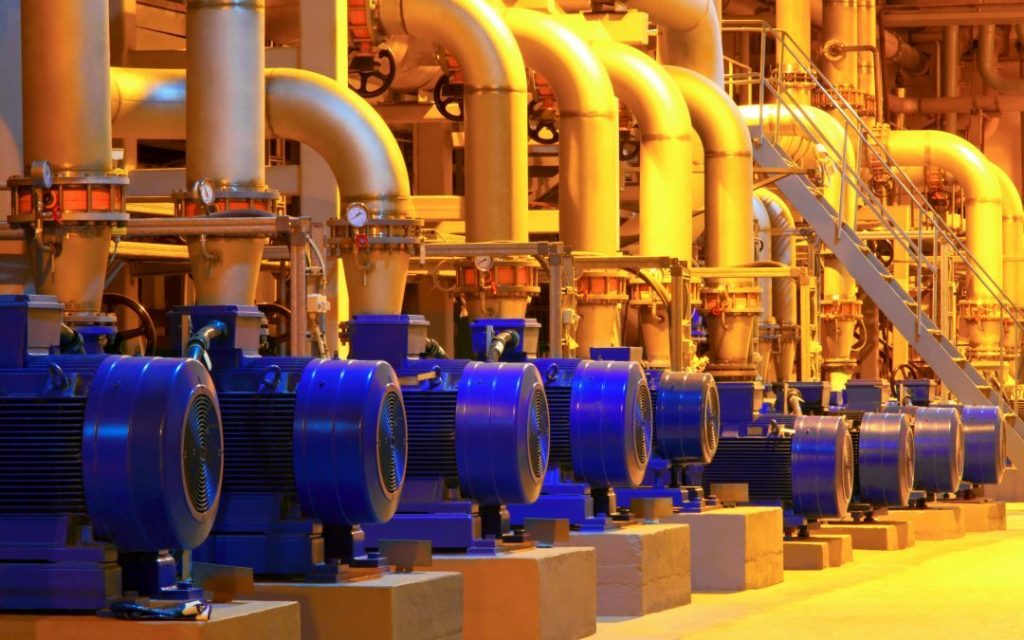 Best efficiency head (BEH): is a reference point where the pump operates at about 80%  to 90% of the shutoff head only with regard to the shutoff head displayed on the general pump curve. The pump head is shown by convention on a vertical scale at the left side of a manufacturer’s pump graph. This is a general rule and not a law.

Best efficiency point (BEP): The best efficiency point is a term that can be defined in several ways. The one most often used is a general term applicable to all pumps that occurs when the operating condition
of a generic pump design has it highest efficiency. The second is for a
specific pump that has its theoretical BEP where the incidence angle of the fluid entering the hydraulic passages best matches with the vane angle of the impeller. The third is where the system curve and pump curve for a specific application intersect. A general rule (not a law) is to have a pump operate at about 85% of the shutoff head using the system curve as reference.

Cavitation: This occurs when the atmospheric pressure acting on a
liquid is below its vapor pressure, causing it to boil and create bubbles. When bubbles in the liquid pass into a region of lower pressure they collapse or implode with a resulting shock wave that could cause damage to any interior, wetted surface.

Critical speed: The rotational speed, in RPM, that causes a natural
frequency of vibration in a pump. Pump horsepower is the power necessary to drive the pump with the required flow and head.

Efficiency: Expressed as a percentage, efficiency is the ratio
between the total possible output power developed by the motor of the pump compared to the actual input power supplied to the pump, taking into consideration the losses due to heat, vibration, internal friction, distortion and noise. Simply put, a pump’s peak efficiency is the point where it does the most work for the least input energy. The efficiency is dependent upon the impeller and volute design and indicates a point where minimum turbulence is encountered. The efficiency is determined by tests done by the manufacturer.

Friction head: The complete frictional head loss, in foot head, that
is needed to overcome the resistance of the liquid flowing in the supply piping. It is the sum of the supply pipe friction losses of the pipe walls, meter assembly, BEP, fittings, valves and suction pipe entrance losses. This head varies with the flow, size pipe and character of the liquid pumped. Note: This figure is not to be used for the calculation of the head necessary for the required design head for pump calculations.

Non-overloading characteristic: This is where the driver of the pump is not overloaded under any operating condition. As with most centrifugal
pumps, a higher horsepower motor will prevent overloading under all conditions of pump operation. To achieve this, the operating point is placed on the impeller diameter curve and the horsepower curve is plotted above that point, but will not intersect it.

Open system: This type of system is characterized by having a point
of free discharge, such as water supply to a house tank or a cooling tower.

Pumping head: Often referred to as total head is the sum of all
pressure requirements necessary for proper system operation.

Shutoff head: This is a point when all the pump’s energy is used to
raise a liquid up to a vertical point where the weight of the liquid is equal to the energy produced by the pump and zero flow.

Static discharge height: The distance, in feet, from the centerline of the pump inlet to the free discharge with no liquid flowing.

Static head: This is the vertical difference, in feet, between the
highest liquid-free discharge level and the free level of the supply source, which is the eye of the impeller with no liquid flowing. This also must include the addition or subtraction of the pressure difference of the suction or discharge source, whichever applies.

Suction head: This term is used when the supply is pressurized or
the level of a body of liquid is higher than the centerline of the pump inlet (eye of the impeller).

Suction lift: This term is used when the supply is lower than the
centerline of the pump inlet. The pump must lift liquid up into the eye of the impeller.

System curve: Often called the pump performance curve, this curve is
simply a plot of the change of foot-head energy resulting from a flow change in a specific fixed piping system. The system curve starts at zero flow and zero head. It is an upward sloping curve of the actual operating conditions for a specific pump. The original point indicating flow and head requirements is first developed by the engineer and the full curve is extended both ways by the manufacturer from the original point. Since foot head is an expression of energy, a pump curve defined by this term is not affected by liquid temperature
or density.

System head: A graphical representation of the total measure of
energy, in foot head, imparted to a liquid for a specific pump at a specific operating speed and capacity. It is frequently used to refer to pumping head. By convention, the pump head is shown on a vertical scale at the left side of a manufacturer’s pump graph.

Vapor pressure: The absolute pressure of a given liquid that is
required to keep it in the liquid state at a given temperature.

Velocity head: Two methods of measurement are used. The first is
where the liquid is at rest. The velocity head is the energy needed to
accelerate the liquid from a static start, measured in foot head, at the end of the discharge pipe. The second is if the liquid is moving, and it is equivalent to the vertical distance in foot head, then the mass of liquid would need to fall to attain the same velocity as the liquid traveling in a pipe. Because it is a required force to accelerate the liquid at the origin of the system, it is subtracted from the suction head or added to the suction lift. The velocity head is a factor in calculating the total head, although this value is usually quite small. This head is entirely lost if the discharge pipe is the same size as that of the supply pipe.

Specific speed: Specific speed is a dimensionless design index number
primarily used by pump designers. The specific speed has no practical
significance to the consulting engineer. Some manufacturers disagree concerning the usefulness of this figure at all.

The specific speed can be calculated using the following equation.