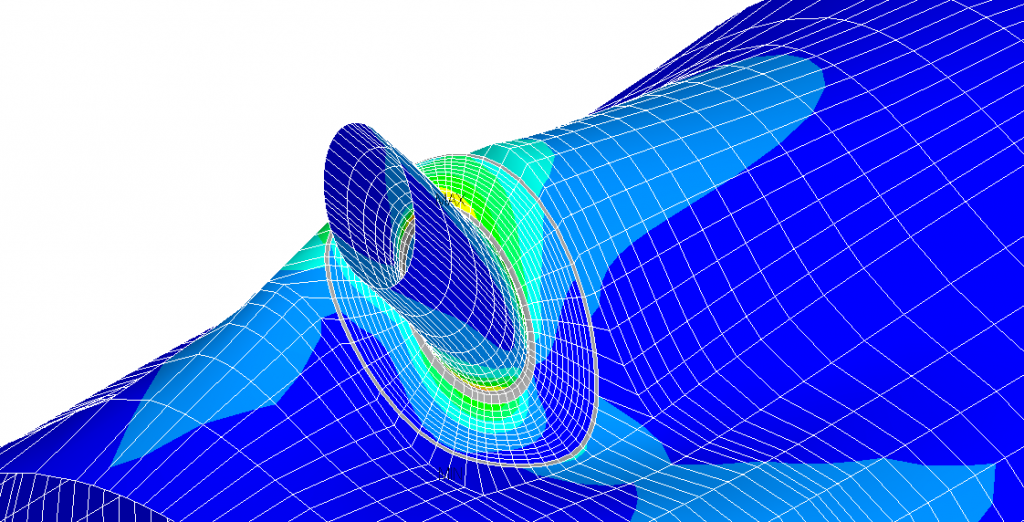 When it comes to attachments to pressure vessels, process piping and attached structural and lifting clips exert external loads on pressure containing parts. This must be considered for further investigation as per ASME VIII-1, UG-22. One of the confusing subjects in designing pressure vessels and attachments is whether to use WRC 107 or WRC 537, as both are intended for analysis of local stresses due to external loading.

We at deconeq Engineering Group usually face this question from our clients:

What is the difference between WRC 107 & WRC 537? Which one is used by common commercial programs like Compress and PV Elite?

Stresses on pressure vessel nozzles and attachments used to be checked using the Welding Research Council Bulletin 107 found in the March 1979.  For 45 years, WRC 107 was an essential analytical and experimental work of WRC’s Pressure Vessel Research Council. In response to numerous requests over the years for the precise equations depicted in the figures in the 1979 version of WRC 107, in 2010, WRC 537 was published and was meant to update and replace the widely used WRC 107.  WRC 537 contains equations that represent the graphs making it easier to use and is more accurate. Thus allowing free of error implementation of equations for efficient computation with modern computers. Also utilizes the proper interpolation and extrapolation of graphs.

The contents of both WRC 107 and WRC 537 are same but the later one is in more useful and clear format.

Compress and PV Elite, both use the newer version of the Bulletin, WRC 537. Both these programs are able to calculate the local stresses with higher accuracy.